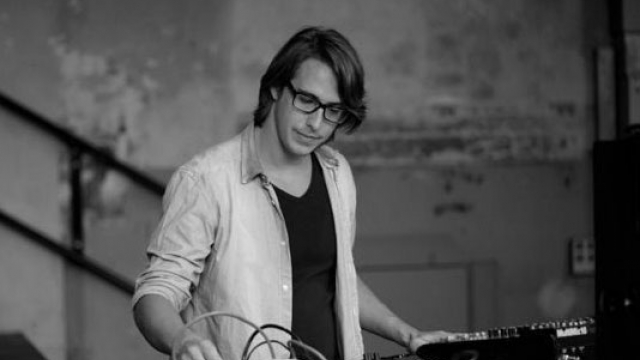 Ever since he can remember, DJ Mastra has had a fascination for sounds and the ways in which they can be produced. After a short phase as a drummer in a punk band, Stefan Willenegger aka DJ Mastra discovered the turntable. As a thirteen year-old in the early nineties his passion for DJing quickly took hold and he relished the electonic dance music capturing the scene at the time. Because of his young age and therefore barred from parties, Stefan spent the time mixing cassettes which he later sold to finance new records.

And so it continued for several years until Nik Leuenberger stepped into his life and things began to change. They got to know each other in 94 through one of Stefans tapes - Nik saw the great potential in the young DJs talent and booked him for small parties under the label Bomb E which focused on the typical acid sound of the time. Mastras reputation began to grow and he was soon known throughout the Bernese party scene. Later in 99, Mastra landed his first major gig at the Club Yellow in Zürich, which in those days was a venue in a Supermarket. He impressed both the organizers and the public and soon became a popular fixture on Yellows agenda. That same year Mastra was booked at the legendary Tresor in Berlin...what was to be one night turned out to be five.

While on a Balearic island holiday the following autumn he got the chance to play at the Sunset Café on Ibiza. In January 2000 he made his first appearance in Matrix (R.I.P) and later in the Rohstofflager and at several major events such as Energy. 2001 turned out to be an eventful year. The newly opened Club Q became Mastras second home where he performed with both local and internationally acclaimed DJs like Gogo, Steven S., Titto L Rocka, Carl Cox and Pascal Feos. He also became an integral part of the Via Felsenau-Ammonit Events. The same year he was invited to Gran Canaria to play with Titto and DJ Gogo.

Various gigs in Brazil followed in 2002 where Stefan performed with DJ Girl. During this time DJ Mastra was developing his skills as a producer. And his contact with Marco Repetto gave him the encouragement to deepen his knowledge of sound programming and sequencing. The Electronic Ceremony events of Nik Leuenberger and Severin Aegerter worked as a catalyst for Stefan. Apart from gaining valuable experience he was also brought closer to the Inzec crew. On The Electronic Ceremony compilation (inzec 011) a collaboration between EC and Inzec Records DJ Mastra made his successful debut with the profound track Funkasie. His ties to Inzec intesified and after the mutual listening through many tracks, ideas began to form for a solo record. An agreement was reached and in February 04 the Foyer EP (018) was released featuring four of Stefans tracks. In the meantime further plans have been made for the project Trauma Duo together with Sandro Ambrosi. Their music moves in the sphere of Electro-Ambient and will surely have an impact on Stefans CV.